Home » Guides » Have you been unfairly charged on your credit card?

Have you been unfairly charged on your credit card?

We all know that credit cards have extremely high interest rates and it’s our duty to keep up with the monthly minimum repayment set out by providers, but are you aware that you could have been unfairly charged for making late payments or exceeding your credit card limit? 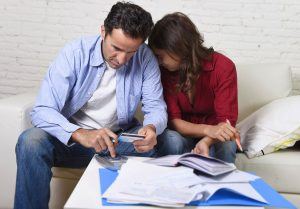 Obviously we can’t speak for everyone’s individual situation, but if you owned a credit card before 2006 you could be entitled to make a claim, as it was this year that the Office of Fair Trading (OFT) ruled that credit card companies were unfair for imposing penalty charges of up to £35 per ‘offence’.

There is a difference in the fees charged by lenders to customers that default on their repayments or spend beyond their agreed credit limit, but the OFT has a particular issue with any providers that charged more than £12 in response.

What happens if I owned a credit card before 2006?

If you owned a credit card prior to 2006 and faced a fee for late/missed payments or exceeding your credit limit, it’s worth checking back through your paperwork to see how much you were charged. If the penalty was more than £12 then you stand a strong chance of being able to reclaim some of the charge you paid.

In order to make a claim you will need to write a letter of complaint to your credit card provider, outlining the charges you believe were made unfairly. Keep your letter clear and to the point: state your account number, request repayment for the fees on the grounds that you believe they do not reflect the true cost of the inconvenience to them and note that the Office of Fair Trading supported this disparity following their 2006 report. 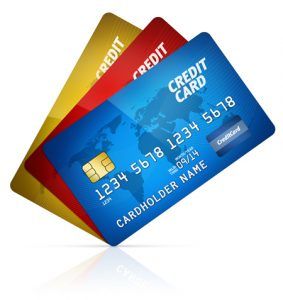 As the OFT set a recommended maximum charge of £12, it may be easier to request the difference between this figure and the amount you were charged, however you can press them for the charge in full if you wish. Although it is a greater moral victory to reclaim all charges, the claims process is often quicker for those seeking the difference as credit card providers are more willing to issue a partial refund as a gesture of compromise.

You can also include interest on the penalty you were charged; simply use a statutory interest rate to calculate how much you believe they owe you. There are also a number of court interest calculators available online that will calculate this cost for you if you input the value you are trying to reclaim.

Before you sign off, make sure you include a time frame during which you require a response. We would recommend 14-21 days. Also attach a copy of relevant credit card statements to your claims letter in order to verify the fees you are reclaiming.

What if the credit card provider doesn’t refund me?

If they don’t get back to you or they don’t offer you a refund then you can take your case to the Financial Ombudsman Service. You’ll be assigned an individual case worker who will personally look into your complaint. The Financial Ombudsman typically takes 4 to 6 weeks to look into a claim – and you’ll most likely need to provide proof of the charges. Even though it’s a lengthy process, it’s very fair and the chances of you getting a refund are actually very high.

Can I still claim a refund if I took my credit card out after April 2006?

Even if you took out a credit card after April 2006, it’s still worth checking historic statements to see if you have been subjected to higher than acceptable credit card penalty fees. You can claim for penalties incurred during this time, although many credit card providers revised their charges following the OFT report to bring them in line with the recommended £12 maximum. You can claim for charges up to £12 issues from 2006 onwards, however the success rate is not as high as with higher penalty fees.

If you do not hear anything from the credit card company concerned within the time limit stated in your initial letter, make sure to follow up with a secondary letter. Keep copies of all communications sent to your provider as proof of contact. Should you experience difficulty getting hold of them after two attempts, you can again consult the Financial Ombudsman for advice on pursuing your claim further.

It’s worth warning you that if you do pursue an unfair credit card charge, although it won’t damage your overall credit rating, the provider may mark you out as a difficult customer and subsequently not offer you certain promotions or discounts. If the card is still active then they could close the account once your reclaimed charges have been paid out, so take out another credit card with 0% balance transfer just in case this happens and you have money outstanding in your account.

Although it might result in a fall out with your credit card provider, if you have been a credit card holder for some time and experienced several charges, it could be well worth your while pursuing financial compensation of some degree, whether it be the difference between your charge and the £12 maximum recommendation, the amount in full or the full charge plus interest.

How to reach your savings goals quicker

A new way to build your credit

Start building your credit score with all major Credit Reference Agencies in the UK.

Enter your details below and we'll give you a call